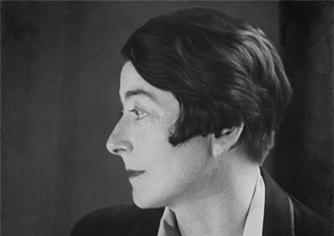 The day after millions of people (mostly women), all over the world, marched to protect women’s fundamental rights (and human rights), I find it appropriate to pay respect to Eileen Gray; a woman who went largely unnoticed for the majority of her career in the early 20th century due to her gender, singularity and inability to conform.  Eileen spent her career as a painter, lacquer artist, furniture designer, and architect at a time in Europe when much of those circles were run by men for men.

Eileen’s interior design, characterized by an opulent take on geometric form, was dismissed by French critics at the time as being too feminine.  By combining geometric patterns, lacquer paneling, very dark carpeting, and plain pale walls, Gray’s work was in direct contrast to the Art Deco style popular with critics and elite at that time.  However, she kept on working and kept on doing what she did best–designing beautifully balanced interiors.  Because of her vision, largely influenced by Art Nouveau,  her work was very important in shaping the modernist movement that persisted after the 1920’s-1930’s.  It wasn’t until 1968, when Gray was in her 80’s that her work was praised by a male critic Joseph Rykwert in Domus magazine.

Eileen’s spirit is inspiration to us all at this time.  I think she would have very much enjoyed the Women’s March in Paris yesterday.  Thank you, Eileen, for your unwavering vision and talent.  I salute you.